Unadulterated freedom is an unattainable goal; that is what the founders of knew and understood, which was their impetus behind the documents that established our great nation. They also knew that one of the primary driving forces in human nature is the unconscious desire to be truly free. This meant to them that mankind if totally left completely unrestricted would pursue all things in life without any awareness or acknowledgement of the consequences of his/her own actions leaving only the individual conscience if they had one as a control on behavior. This would not bode well in the development of a great society. Yet the founders of chose to allow men/women as much liberty as could be, with minimum impact on the freedom or liberties of others.
In this light the government at all levels has lost sight by the introduction of laws that changes us from the freest nation on earth into a nation of serfs. This raises the question about the purpose or value of laws beyond those set forth in our founding.
A law does not make a person behave in any specific way; it only represents a threat of reprisal and cannot stop a free person from taking the liberty to violate it. The sum of more laws only means more punishments and imprisonment to be carried-out by the government on the free people of our nation. Our laws should be more like; “don’t sweat the small violations and all violations are small”. Did or have you ever considered why the founders didn’t create a civil or federal police force and left policing if necessary to we the people. That as we as a nation grew we didn’t create law enforcement agencies we created police agencies for the purpose of keeping the peace, not enforcing the laws but to protect us from violence and crime and investigation, where law enforcement was strictly the purview of the legal system and the courts.
Today our government has changed policing into surveillance of everything we do, and call it law enforcement that’s what is called a “police state” which no longer allows the liberty of being free people.
I view myself as a free person and if someone or group approaches me in an aggressive manner and worse yet is armed I will perceive it as a threat and will aggressively defend myself, and a uniform or badge is not a permission slip for such behavior. GAP
P.S. is a nation that desperately needs to be reset and rebooted.
Posted by publius at 12:04 PM 1 comment:

What young or otherwise modern man can read the following wisdom from these great men, white or otherwise and conclude they know better or some how human nature has changed over time which would render them old and inapplicable to modern times. I would say only fools and imbeciles! GAP

"As our president bears no resemblance to a king so we shall see the Senate has no similitude to nobles. First, not being hereditary, their collective knowledge, wisdom, and virtue are not precarious. For by these qualities alone are they to obtain their offices, and they will have none of the peculiar qualities and vices of those men who possess power merely because their father held it before them." --Tench Coxe, An American Citizen, No. 2, 1787

"The foundation of national morality must be laid in private families." --John Adams

"Those who expect to reap the blessings of freedom, must, like men, undergo the fatigues of supporting it." --Thomas Paine, The Crisis, no. 4, 1777

"Laws that forbid the carrying of arms ... disarm only those who are neither inclined nor determined to commit crimes... Such laws make things worse for the assaulted and better for the assailants; they serve rather to encourage than to prevent homicides, for an unarmed man may be attacked with greater confidence than an armed man." --Cesare Beccaria, On Crimes and Punishment, quoted by Thomas Jefferson in Commonplace Book

"All, too, will bear in mind this sacred principle, that though the will of the majority is in all cases to prevail, that will to be rightful must be reasonable; that the minority possess their equal rights, which equal law must protect, and to violate would be oppression." --Thomas Jefferson, First Inaugural Address, 1801

"Before a standing army can rule, the people must be disarmed; as they are in almost every kingdom of . The supreme power in cannot enforce unjust laws by the sword; because the whole body of the people are armed, and constitute a force superior to any band of regular troops that can be, on any pretense  raised in the ." --Noah Webster, An Examination of the Leading Principles of the Federal Constitution, 1787

"The latent causes of faction are thus sown in the nature of man." --James Madison

"There is but one straight course, and that is to seek truth and pursue it steadily." --George Washington

"For my part, whatever anguish of spirit it might cost, I am willing to know the whole truth; to know the worst, and to provide for it." --Patrick Henry

"If men through fear, fraud or mistake, should in terms renounce and give up any essential natural right, the eternal law of reason and the great end of society, would absolutely vacate such renunciation; the right to freedom being the gift of God Almighty, it is not in the power of Man to alienate this gift, and voluntarily become a slave." --John Adams, Rights of the Colonists, 1772

"It is error alone which needs the support of government. Truth can stand by itself." --Thomas Jefferson

"A just security to property is not afforded by that government, under which unequal taxes oppress one species of property and reward another species." --James Madison, Essay on Property, 1792

"The right of the citizens to keep and bear arms has justly been considered as the palladium of the liberties of a republic." --Joseph Story

Posted by publius at 8:22 PM No comments:

Discovered in youth confirmed by a life time & codified by our Constitution I AM SOVEREIGN! By-GAP

excerpts from ! I AM SOVEREIGN

Drifting from Self Evident Truth?

The author of this Blog 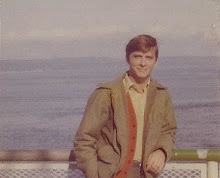 40 yrs hence in a different land

The issue of secession was settled years ago in and by the civil war it is not accounted for in the Constitution. When a state becomes disillusioned or seriously dissatisfied with the conditions of their individual association with the federal cement that binds them with other states there is a constitutional resolve within the Constitution.

All they have to do is call a convention of the states and dissolve the existing federal government. It was the states that created it and only the states can dissolve it short of a people’s revolution by violent means.

Upon dissolving the federal government in convention after this long of a union, it would stand to reason that a reconstitution of a federal authority would be called for minus the flaws that have caused the states to dissolve it in the first place. Based on a good understanding of our history I would suppose adopting the original Constitution with added checks on the avarice of human nature and the control of human ambition in the pursuit of power in much the same way we reorganize large corporations, cut the fat, consolidate some parts and remove redundancies as well as many programs and useless parts of our giant federal bureaucracy.

This can be done in a bloodless fashion and would constitute a rebirth of our entire nation without skipping a beat in the future of our worldly status as the last best hope of mankind.

This represents the rights of the sovereign states as was/is their constitutionally given right to do in the name of we the people and our sovereign rights as given us by our creator.